From our sordid past…

The Caucasian Inner Circle, or, Hooray for Billionaires!

TCIC,o,HFB! is a neo-commedia cabaret romp purporting to be a pro-wealth propaganda trade show sponsored by a pair of elusive billionaire brothers celebrating the exploits and importance of the tip-top of the 1%. Performed in the Conspirators’ inimitable “Style,” the trade show may or may not go horribly wrong…. Tickets will be $10 at the door (all shows)
Advanced reservations can be made by emailing us at witness@conspirewithus.org. You will receive email confirmation of your spot. 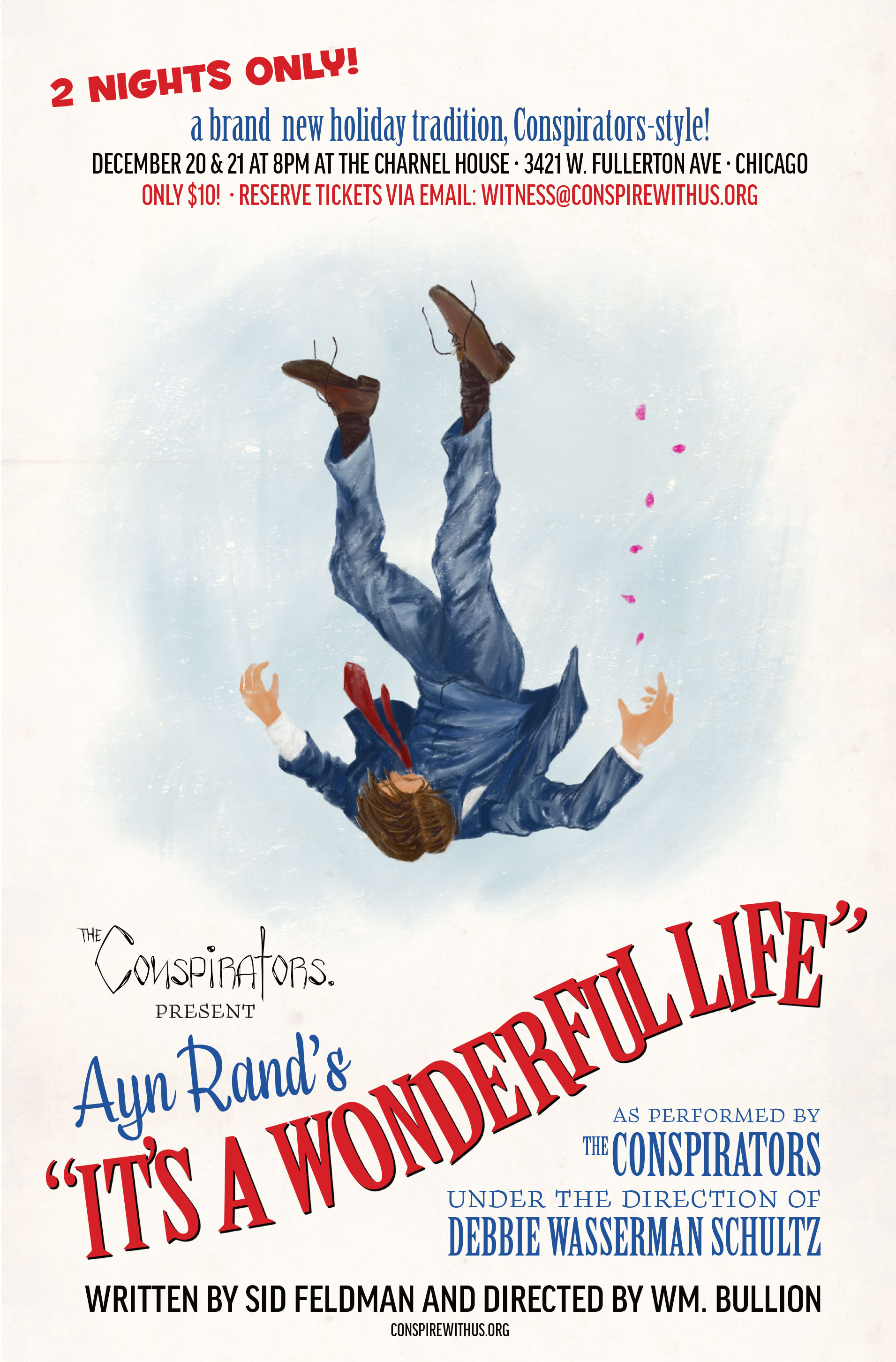 The Conspirators invite you to end 2019 with a bang and Rand/Schultz, an hour-long cabaret satire that highlights the irreverent antics and punk-rock nihilistic tragicomedy The Conspirators are becoming known for.

Debbie Wasserman Schultz is trying to keep her Holiday TV Special on the right track, despite the best efforts of the agents of progressive chaos. Her plucky acting troupe attempts to change the world through the valiant efforts of Satire! The Conspirators perform Rand/Schultz in their infamous neo-Commedia style called “The Style,” and share the stage with invited cabaret acts (TBD). Stay for the X-mas party after!

Accidental Death of a Black Motorist

“A necessary play for our time. The troupe, under Wm. Bullion’s loose but propulsive direction, delivers as fearlessly funny a show as I have seen on a local stage in quite some time. Beneath adaptor Sid Feldman’s endless gags and comic riffs, there’s a deep and deadly serious examination of the racist assumptions and protective code of silence that make police brutality a chronic wound in Chicago’s soul.”

Click here for a PDF of the OFFICIAL program 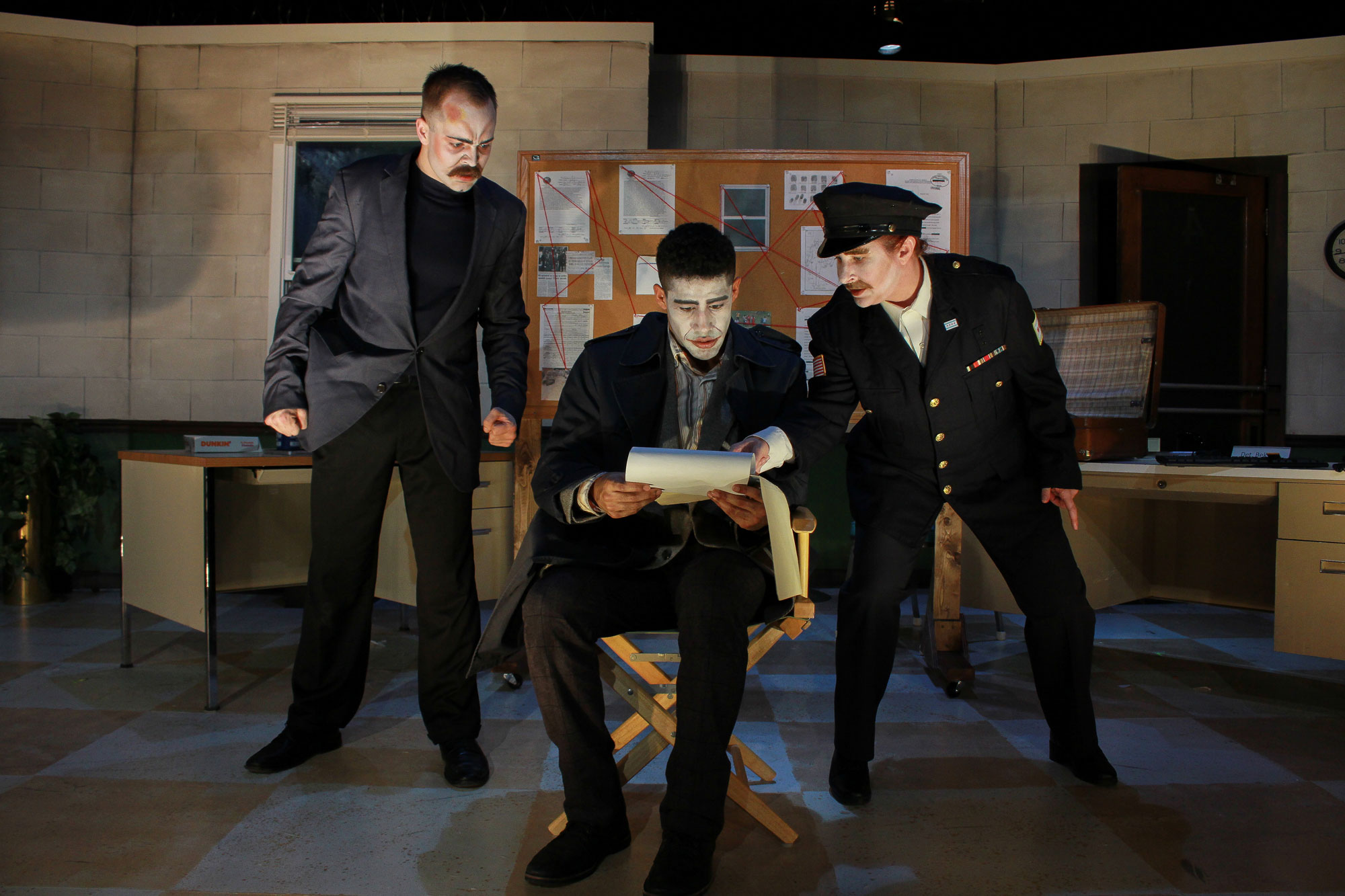 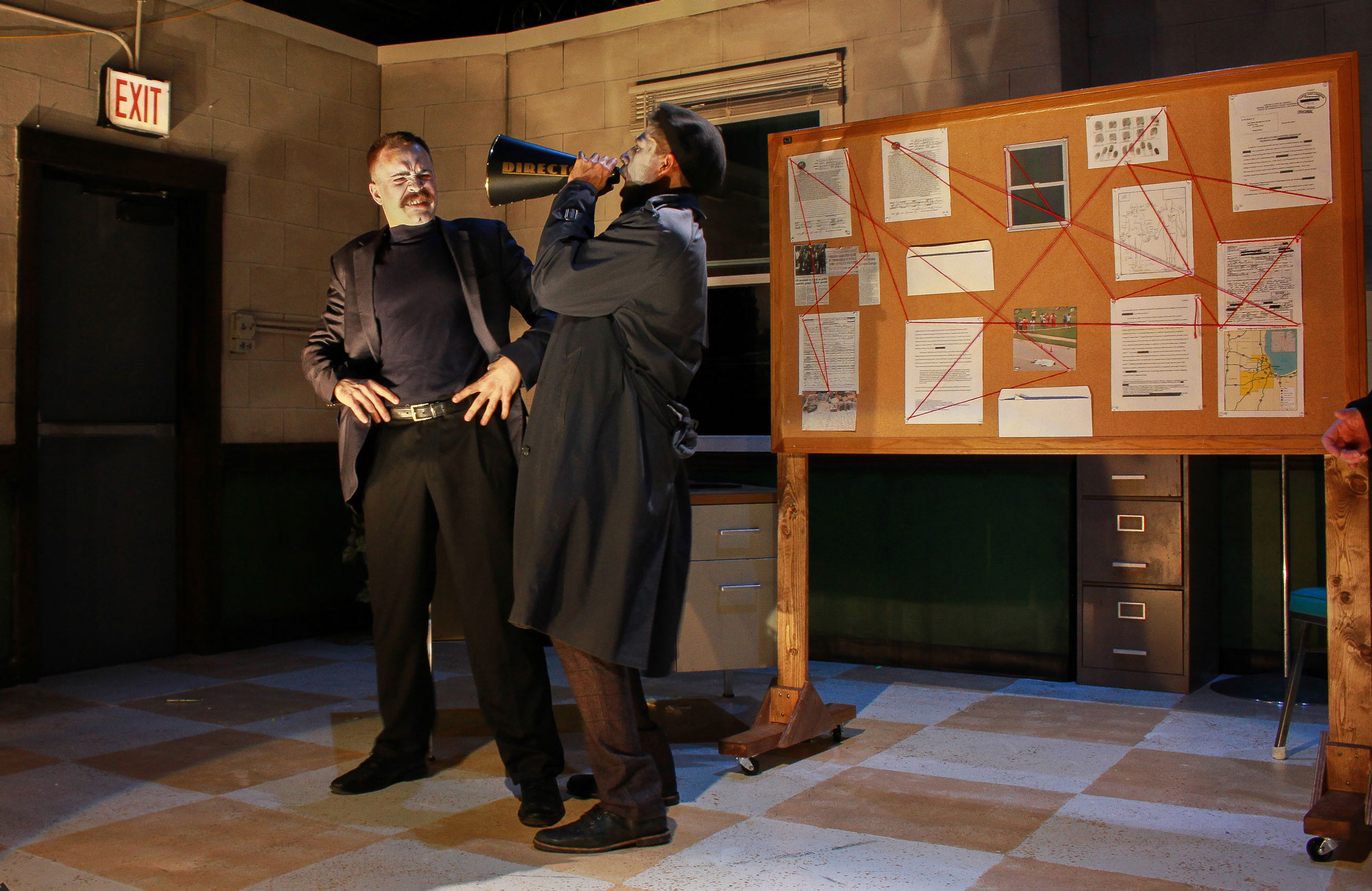 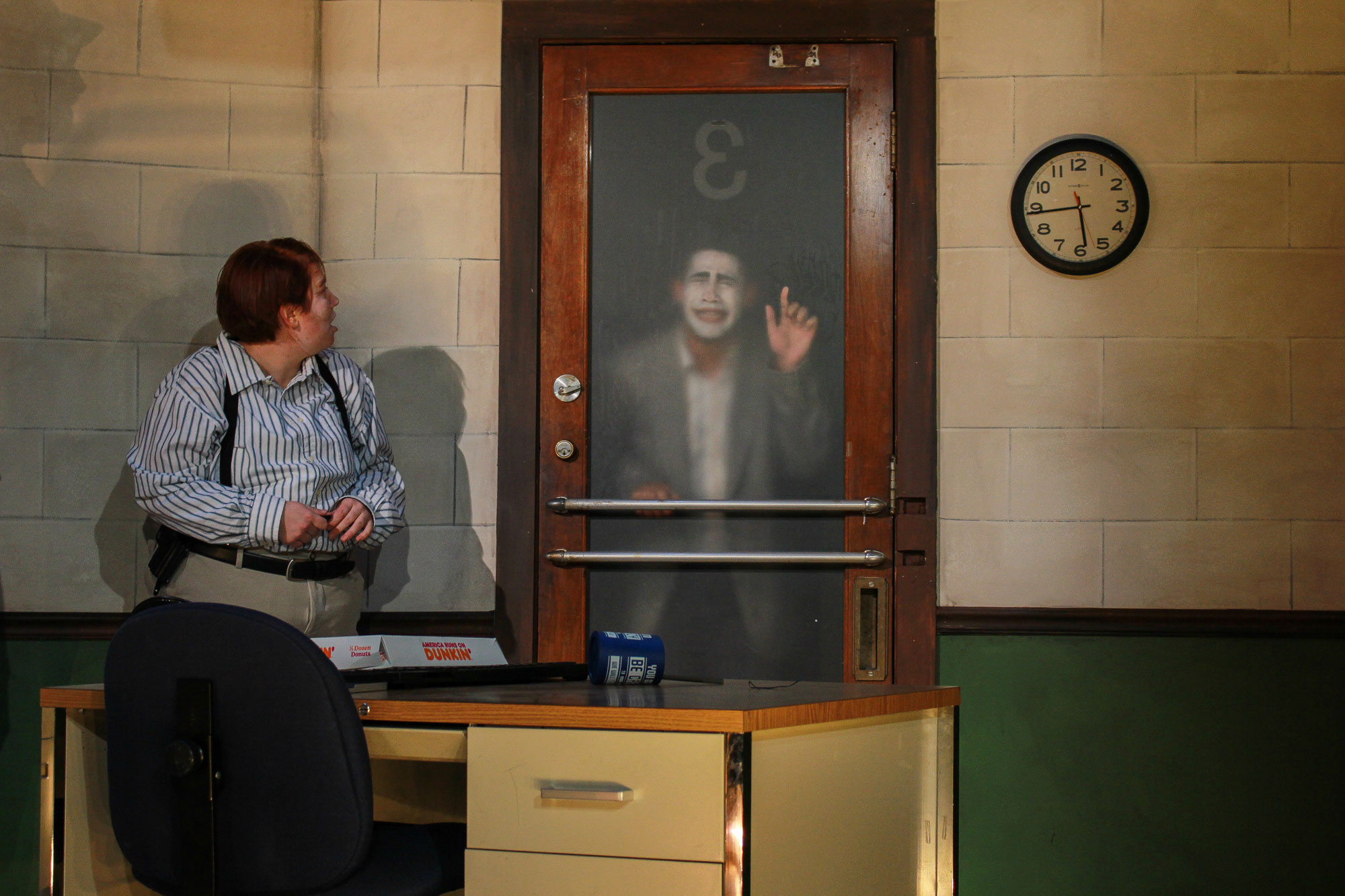 A Best-Of Revue, Plus Fresh Meat

“Here they come again, with Yankee Doodles: Let Treason Ring, which will continue to satirize in much the same manner. I will not be attending, for the simple reason that they told me not to at the end of The Deckchairs.” 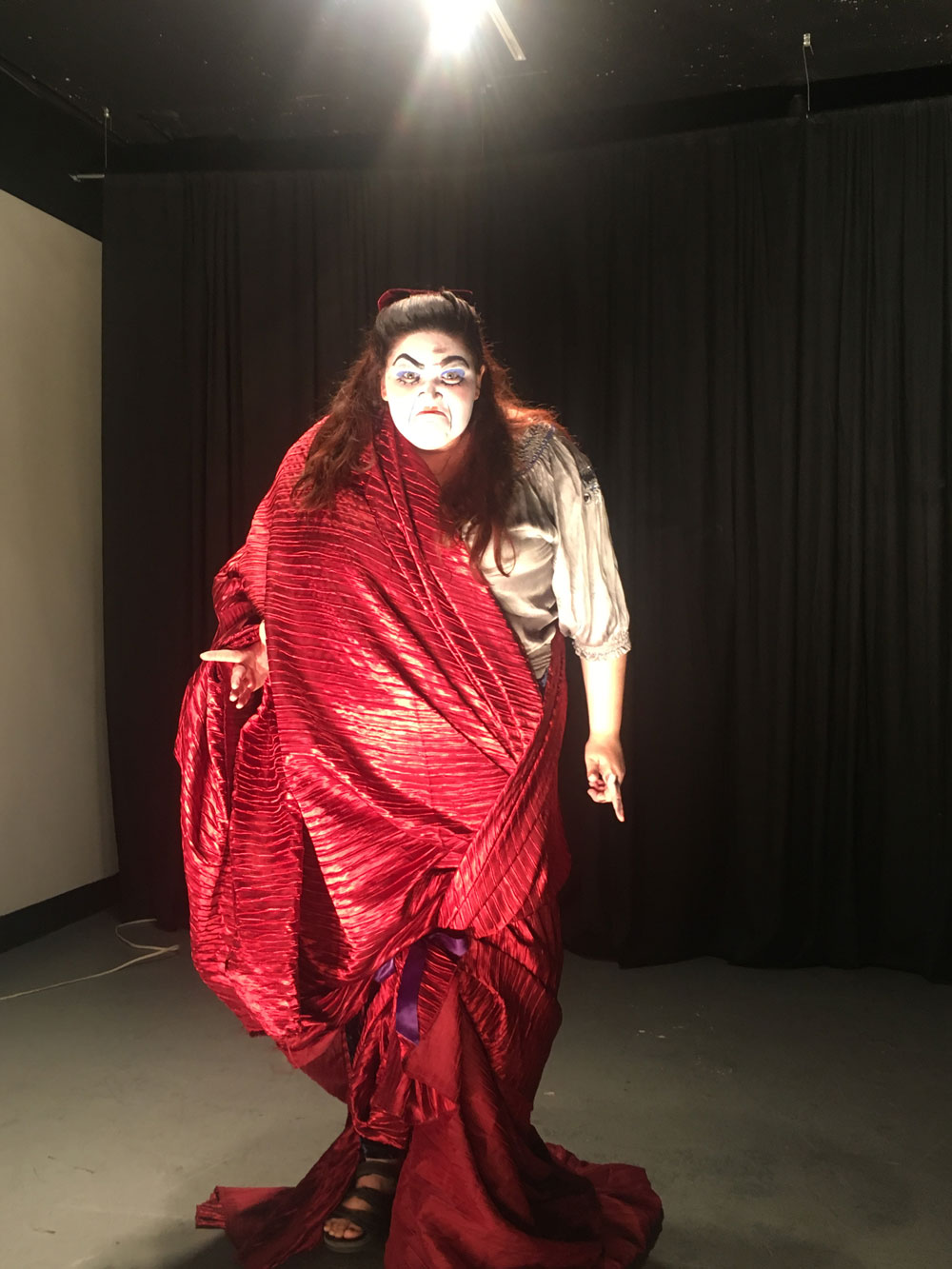 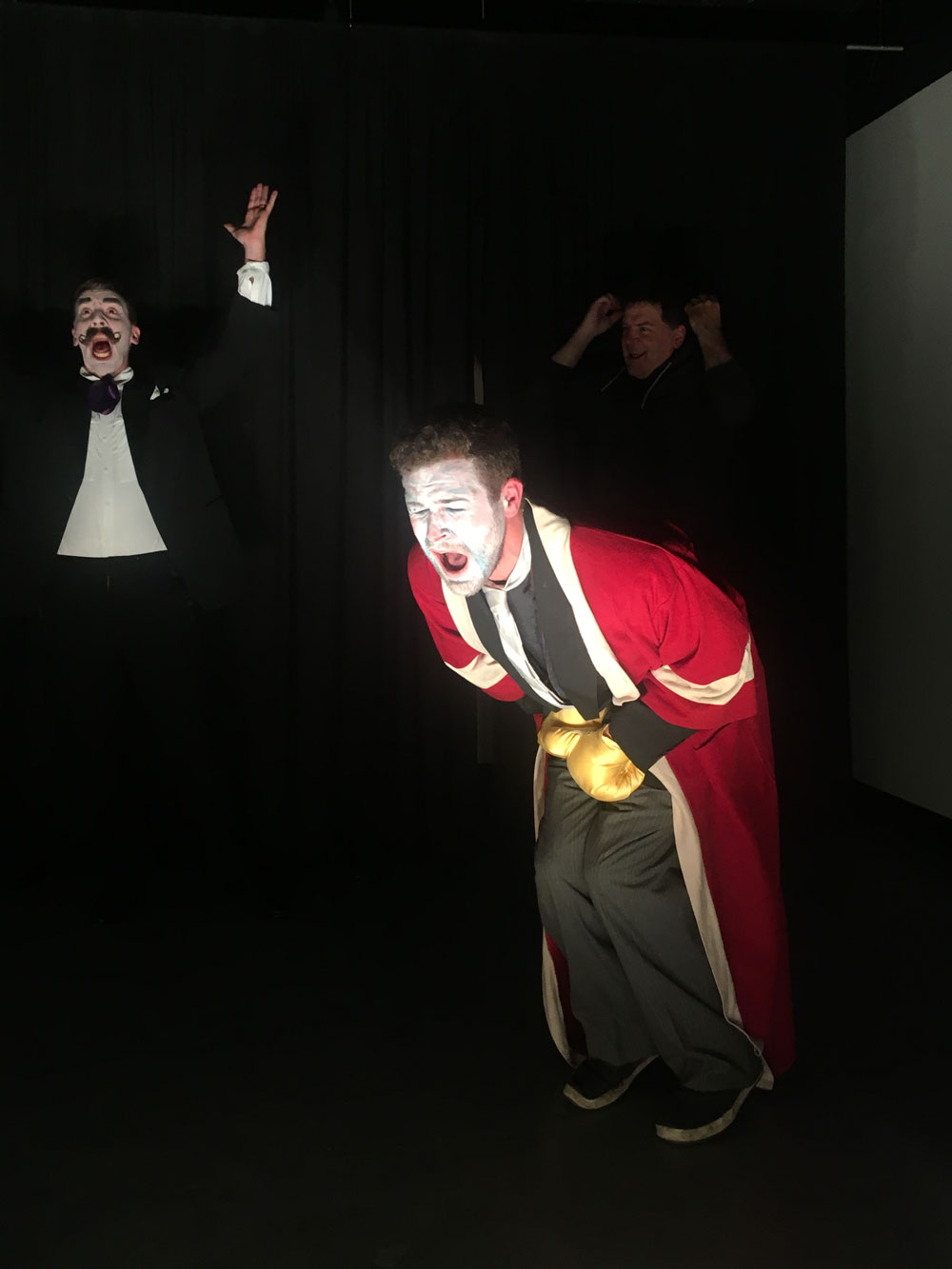 The Deckchairs, or Make the Titanic Great Again

A hysterical nightmare of national significance

“An energized cast combines crackerjack timing with a winning playfulness!”

“RECOMMENDED! One of the ‘Best Plays in Chicago’…It’s in your face and makes sure you’re paying attention.”

“I’ve never seen a play so cogently argue for its own immediate closure. This is not
the backhand insult it likely appears to be!” 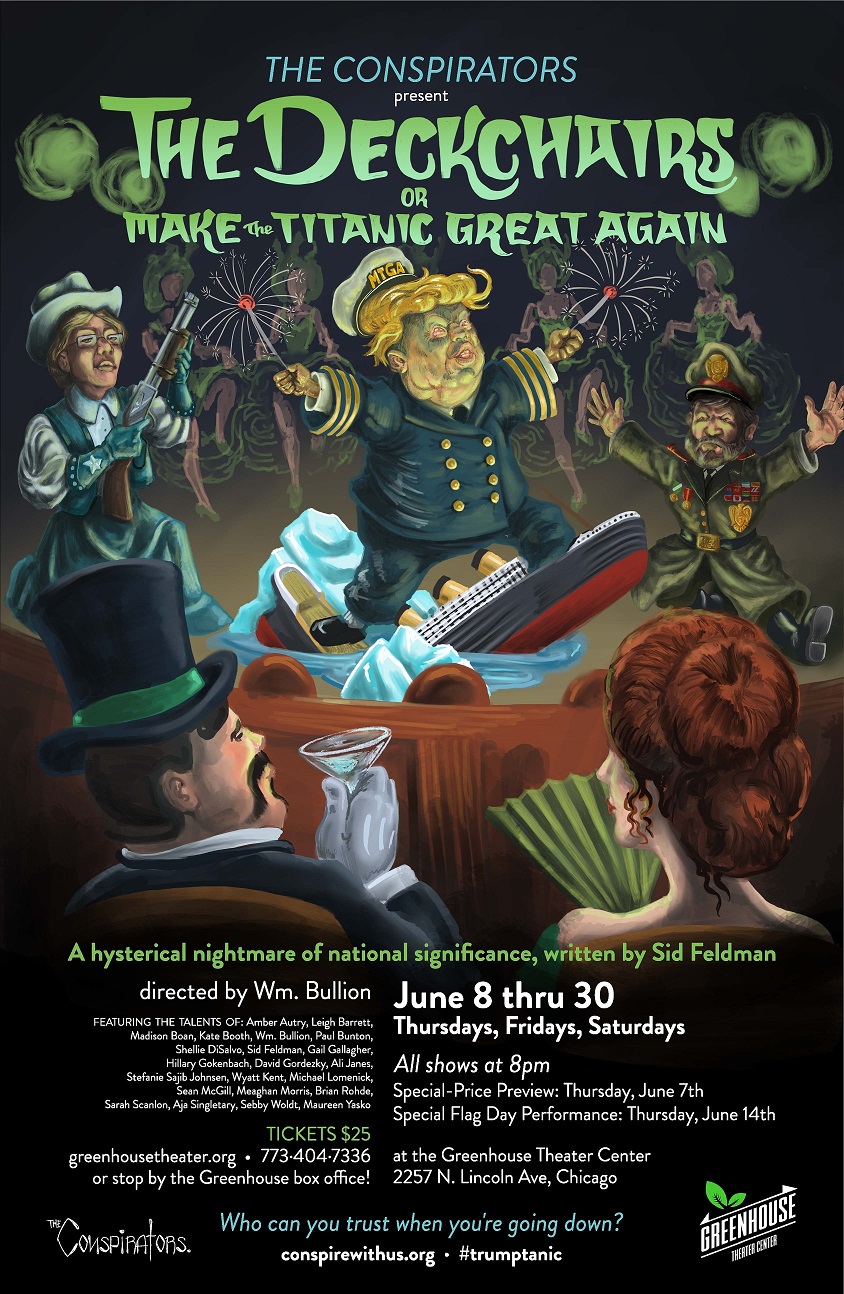 written by Sid Feldman with Wm. Bullion and the Ensemble
directed by Wm. Bullion 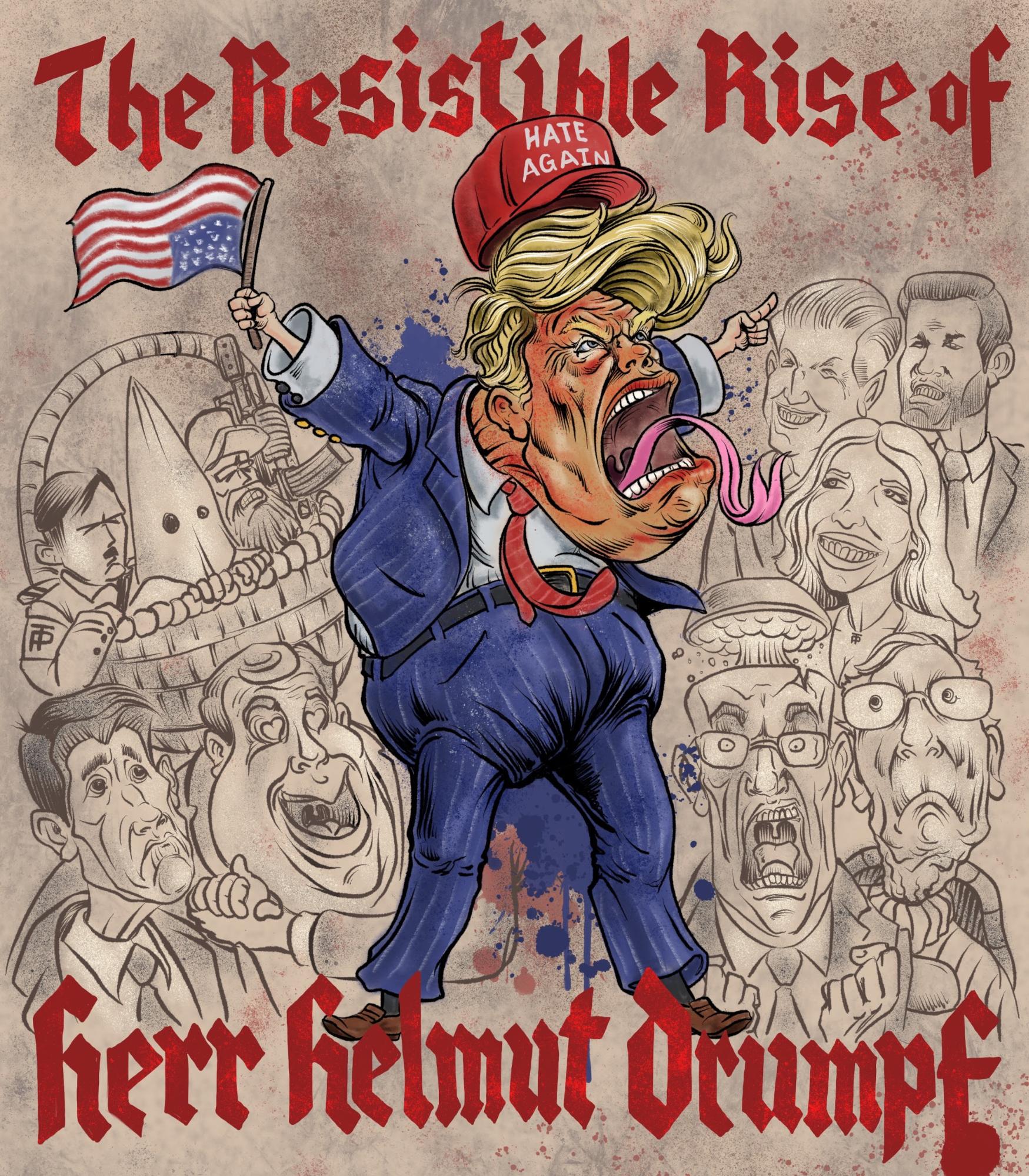 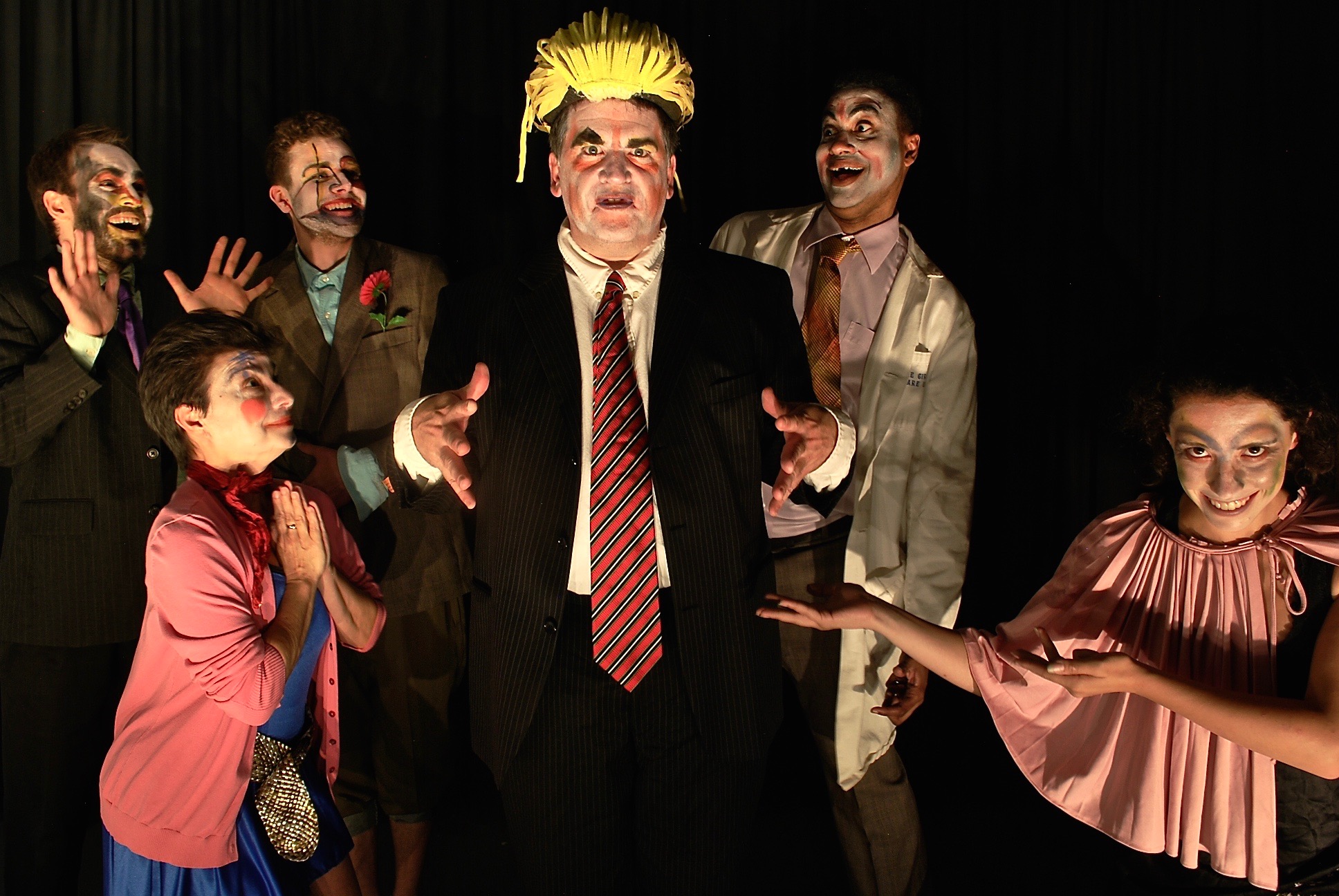 We also are the home of

…which includes past blasts such as The Jesus Christ Superstar Do-It-Yourself Messiah Complex and DIYTOMMY. 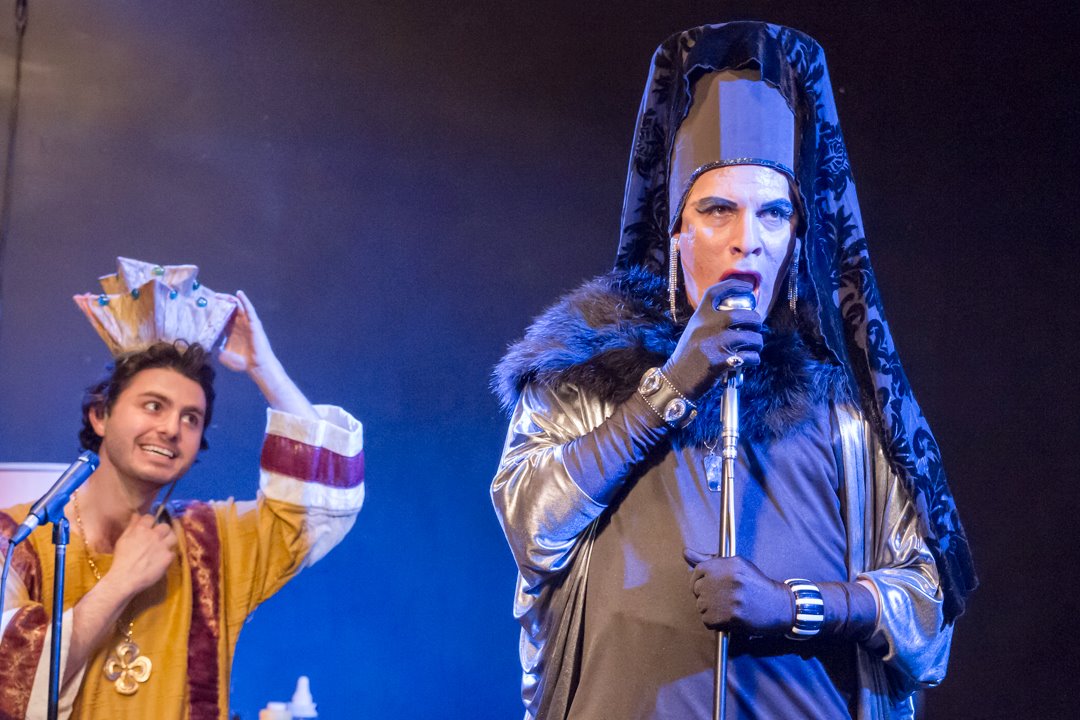 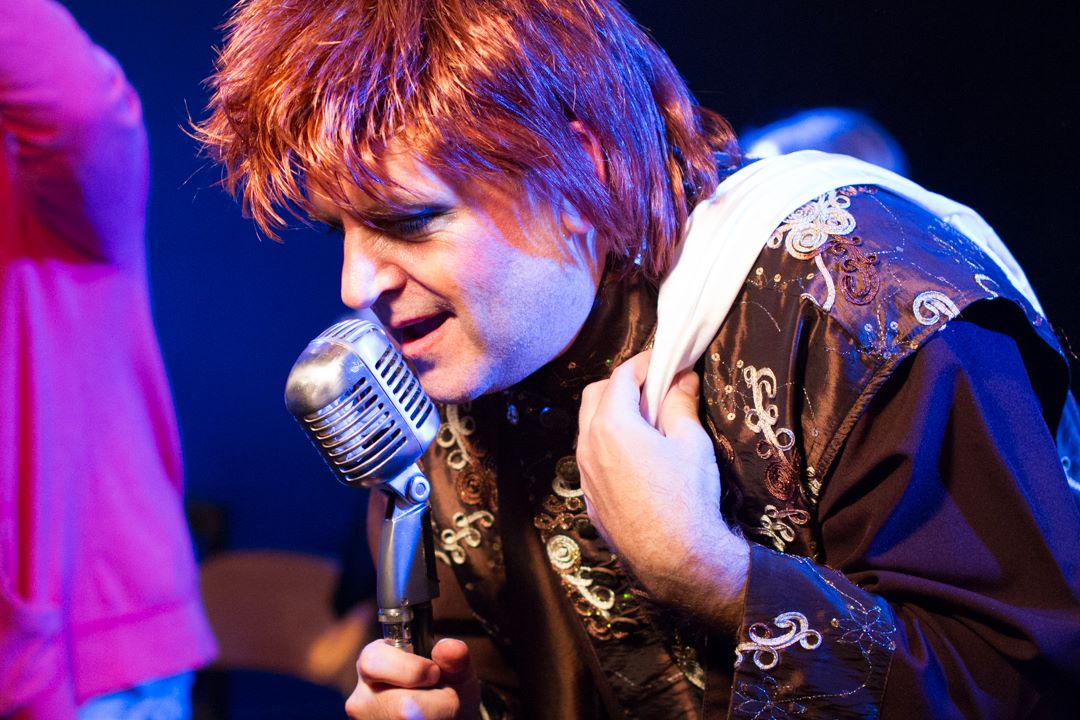 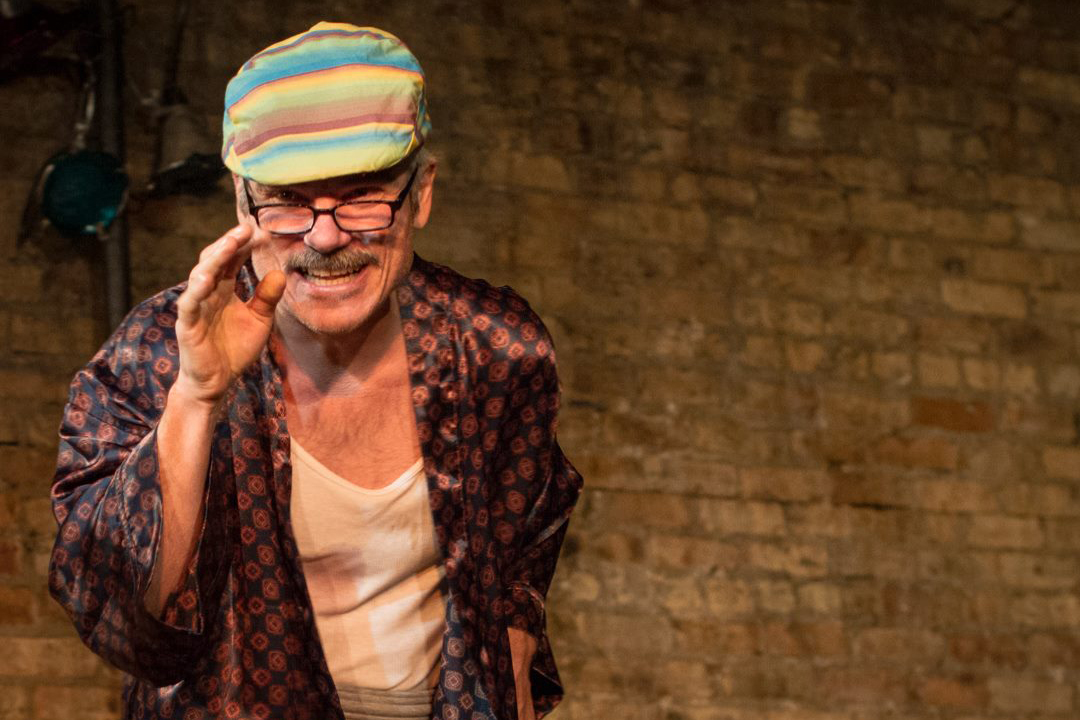 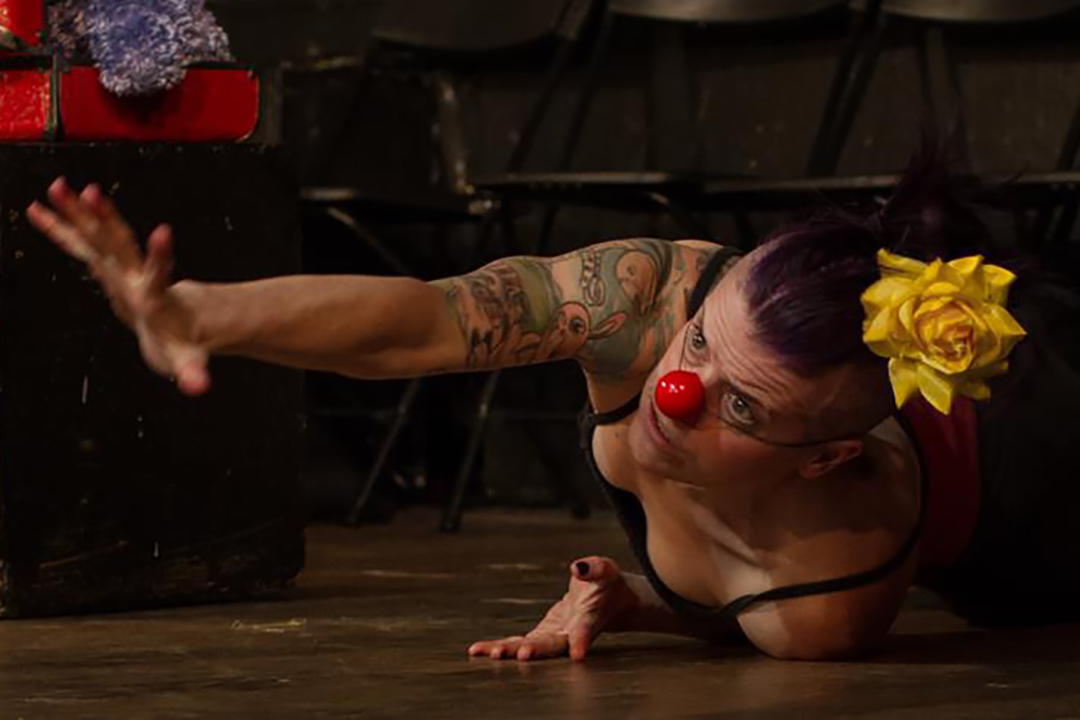